Skip to content
Daniel always knew his family was different from others, it wasn’t just the ghost of a long dead woman haunting them. Or the political games his family played. It was the family gift, known but rarely spoken of. To kill or hunt with just a murmured word and touch. He tried to stay far enough away from that as he could, while remaining close enough to protect his brother. Until his father killed a man for some insignificant slight. He fled rather than continue playing the game he had been taught since childhood. Only to find himself in the arms of a Calais, Marine teacher.

Fantasy is a wonderful genre. Aside from its many subgenres, including high fantasy, epic fantasy, portal fantasy, urban fantasy (which Ash falls under), etc, it allows its authors to tell a range of different stories with a variety of focuses, enabling them to explore the themes and ideas that matter to them. While Mark Jonathan Runte’s Ash: A Mythos Novel is an urban fantasy filled with occult elements, mythological figures and various supernatural beings, it is the human elements that shine the brightest throughout this novel.

The above paragraph isn’t to say Ash’s fantastic elements are at all lacking; quite the contrary. As the first entry into Runte’s Mythos series (at the time of writing, a novella set in this world, Silver & Salt, is also available, though I haven’t read it), Ash presents a deep world filled with mysticism, gods from the Greek pantheon, witches and shapeshifters. These elements run deep and come together beautifully, creating a world that fills perfectly lived in by those who populate this fascinating mythology. The novel hits the ground running and crafts an enticing plot that weaves all these elements together. This is a world ripe for further exploration, whether it is in sequels featuring the same cast of characters, or stories set within its broader universe (which looks to be the case with Silver & Salt).

As rich as these elements are, the true highlight of Ash is in its family drama. Throughout its 330 paperback and hardcover (and estimated 301 ebook) pages, this novel tells the story of brothers Daniel and Jocelyn LaLaurie, rushing to escape their father, who is not far more conservative than either of his sons, but has a particularly dark flourish to his personality. As Ash immediately kicks into high gear with the brothers’ escape, it crafts a story about brotherly love, romance, and fears about a family member’s rapidly declining health.

If Ash had no fantasy elements, this story would be great; here, it is a strong throughline accentuated by its fantasy elements. This is a human story about its characters juggling the stresses of mortality in a world populated by immortals. It is a story that juxtaposes its protagonist’s Christian beliefs with his interactions with Greek Gods.

If you did a double take at one of the brother’s names being Jocelyn, the character is transmasculine; a character whose assigned sex at birth was female, but identifies as male. Here, the author, who also identifies as transmasculine, has created a wonderfully realised character who must navigate the difficulties this brings to his life, including the opinions of those who surround him. Yet this identity doesn’t define Jocelyn; it is merely one facet of a nuanced human being. Jocelyn’s story also includes romance, with a woman, and presents this LGBTQI+ story with honesty and no simple answers.

While Ash includes a fair amount of drama, it never falls into melodrama; instead, it feels entirely relatable. While the personal drama elevates the story, the plot remains strong throughout the book, maintaining the reader’s interest as it moves forward, expanding the world and its characters’ stories.

Ash’s prose is clean and clear; however, Runte’s language throughout the book is generally matter-of-fact, without using a great amount of flourish. While it conveys the story being told, it doesn’t flow as well as it could. The novel is reasonably dialogue heavy, and while all the characters sound natural, their voices aren’t particularly distinct.

I feel an extra round of edits would have benefitted the book, and helped the prose and dialogue flow a little more naturally. At a number of points, I found this style took me out of the book and prevented me from getting lost in the world. Additional edits would have also helped with the various typos in the book, ranging from dialogue ending with a comma with nothing following it, occasional single words left after its sentences, occasional spelling errors, and some missing punctuation.Ash tells an intriguing story interspersed with some wonderful characterisation and drama. Runte has crafted a rich urban fantasy world and explores it in wonderful depth. The story and drama elevate the novel, creating a story that not just entertains, but feels entirely honest. Some extra editing would have benefitted the prose and dialogue, as well as removed some of the book’s technical issues, and while this drew me out of the story, this remains a deep, engaging read.

“Oh, come here,” Anna wrapped an arm around his shoulders and pulled him close so he could rest his head on her arm. “It’s okay to cry if you want to.”

Maybe it was but he couldn’t help a small feeling of shame at wetting Anna’s jacket with his tears. It felt like weakness to him to show rather than bite down and conceal his feelings. He straightened, running a hand through his hair. “Let’s- let’s just go back. I’ll need to talk to Haydee and my boss at the bar. She’ll need to know I’m going to have to give my notice there.”

Ash: A Mythos Novel was provided by the author for the purpose of an honest review.

Ash is available in both physical and eBook forms from book retailers (including—but not limited to—Amazon). 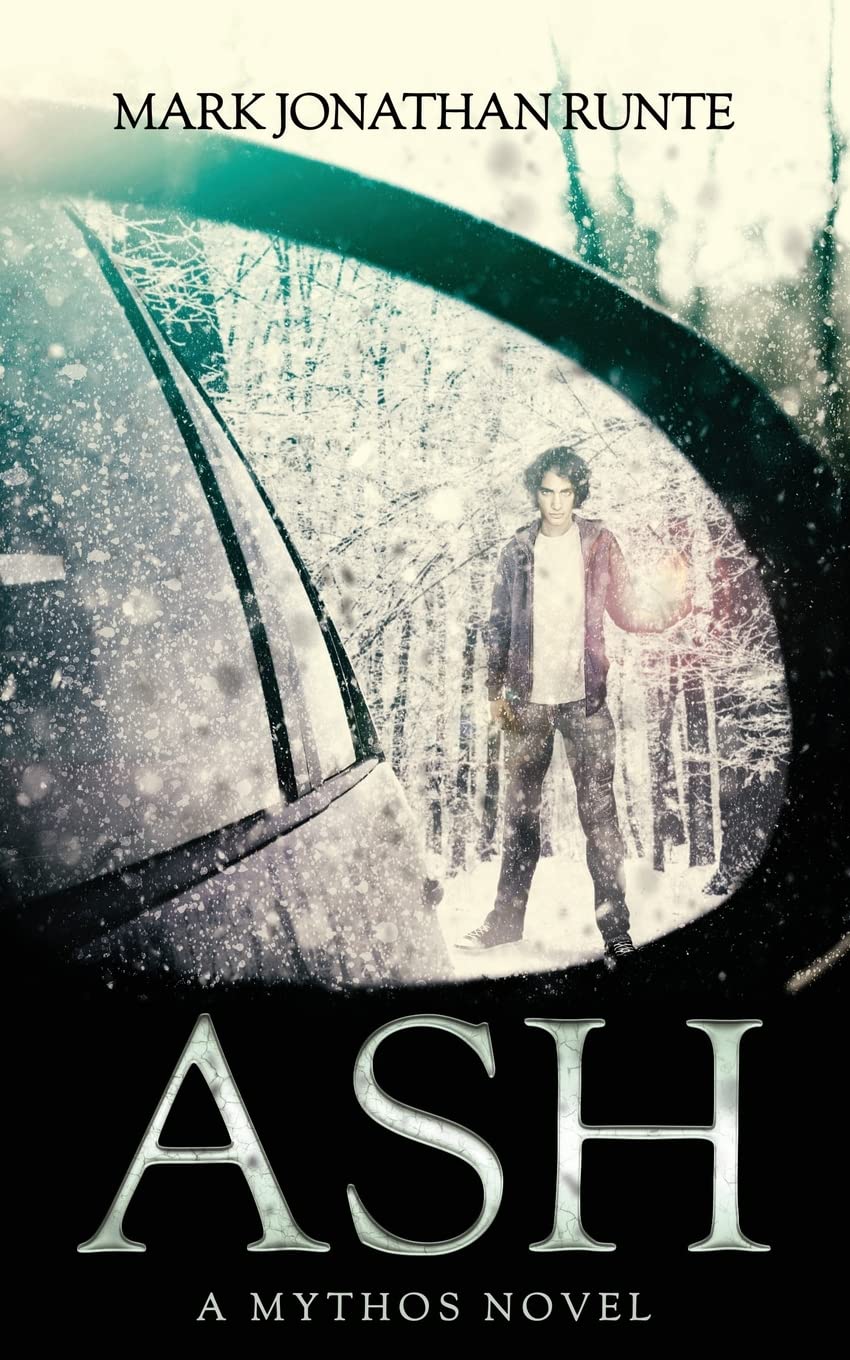